Tom curtain’s in the west goes to No. 1! 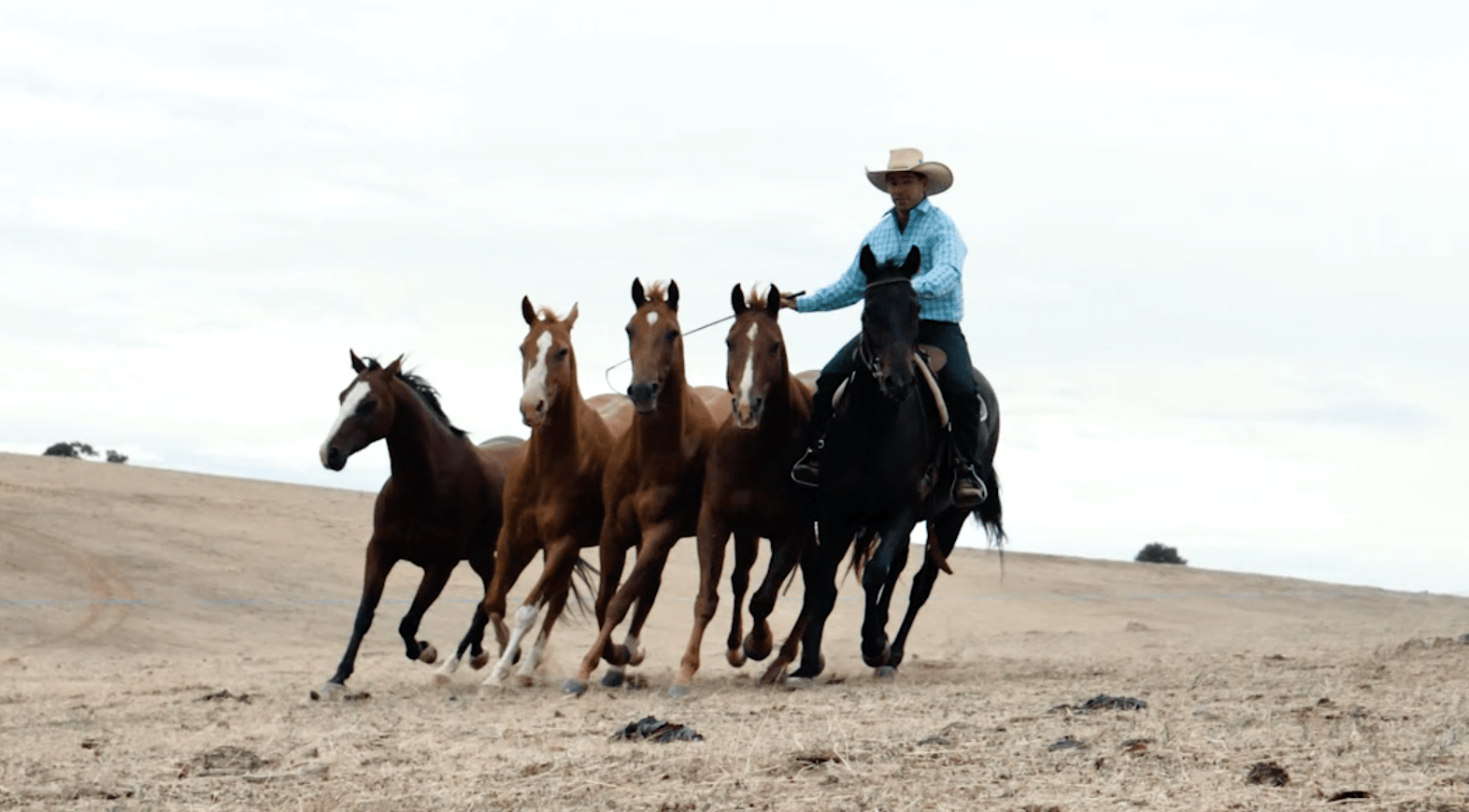 Tom Curtain‘s latest single, In The West has shot to No.1 on the Australian Country Tracks Charts.

From the first banjo-picking notes of Tom’s latest single, the track will have you moving in this upbeat celebration of life in rural and remote Australia.

Whenever you hear the Golden Guitar winner’s songs, you know he’s lived the stories he’s singing about, and In The West is no exception.

When he’s not writing songs about his life, he’s living the songs he writes, as a horse and dog trainer who also runs Katherine Outback Experience with his wife, Annabel, in Katherine, NT.

Although times have been hard in regional, rural and remote areas, Tom is always looking for the positives.

“After touring through the country again in 2019 and 2020 and seeing small communities and townships smashed by the drought, fire and floods, I wanted to write a song that celebrates the good times out here in the bush,” he said.

“Co-written with Garth Porter of Rancom St Studios, In The West highlights the fact that, although people in the country endure a lot of hardships, it’s also an amazing and inspiring place to live and work.”

Lifted from Tom’s album, We’re Still Here, the song is a hit with live audiences because of the positive messages and imagery throughout.

“We travel and tour in a lot of regional Australia, and the audience out there can associate with the lyrics, and it’s also an upbeat, fast-moving song that really gets them on their feet,” he said.

“I’m trying to inspire people to hang in there and really look at what is around them.

“At times the bush can be really tough, but it’s also an amazing place and we can be grateful of where we are, where we work and the mates that we have out here – we are pretty grateful people and it’s good to really highlight that fact.”

The accompanying film clip has been twelve months in the making, featuring footage shot at his home in Katherine and as he travelled through South Australia earlier this year. In true Tom style, additional imagery came from mates who sent footage that really accentuates the way of life out in the bush.

“I am really proud of this song and video clip and just really grateful to everyone involved,” he said.

In The West was released to radio on September 14 with the film clip released on 30 September 2020.

In The West is on Tom’s latest album We’re Still Here. Hard copies of the album are available directly through the Katherine Outback Experience or Tom Curtain Online Shops. Digital downloads are available on iTunes, Google Play and Spotify.

Tom and his Team are planning their next Tour from December 2020 to March 2021 through southern Western Australia and South Australia.

Words by Rebecca Gracie of the Country Journo and Annabel McLarty.

Keep Up To Date With Exciting News, Tours & Events And Receive Exclusive Offers

Book Your Show Tickets NoworKeep Up With Our Latest News